The gender house price affordability gap – where are women worst off when looking to buy?

To be updated with all the latest news, offers and special announcements.

AHEAD of International Women’s Day on 8th March, research from the game-changing property platform, Boomin, has revealed the huge disparity in property affordability between male and female homebuyers and how it differs across the UK.

Boomin’s analysis looked at the average house price affordability ratio based on current market values and the average gross annual income for both male and female homebuyers.

The research shows that with an annual gross income of £38,061, the average British male requires 7.3 times their annual salary in order to cover the current average property price of £278,120.

London is predictably home to the largest gender house price affordability gap. The average London male would require 10.3 times their current annual gross earnings to cover the cost of a London property (£521,146), while for a female homebuyer this climbs to 15.6 – a gap of 5.3 years.

The South East (5.2), South West (5.1) and East of England (5) are also home to a gender house price affordability gap of five times annual salary or more.

Even in the North East where this gap is at its smallest, the average female still requires almost two years (1.8) additional earnings to cover the cost of a property versus the earnings required from a male homebuyer.

Worst areas to be a female homebuyer

When it comes to the worst pockets of the property market to be a woman, Kensington and Chelsea ranks top. While the average male in the borough requires a hefty 12.7 times their average annual earnings to cover the current cost of a Kensington property, this climbs to a huge 36.6 times annual earnings for the average female – a gap of 23.9.

Best areas to be a female homebuyer

However, there are a number of areas where gender property purchasing power sits on a relatively level playing field.

Across both Rushmoor and Blackpool, the gender house price affordability gap also sits below a year’s earnings (0.9) between both the average male and female homebuyer.

In Copeland, Anglesey, Tunbridge Wells and Falkirk, the average female requires just one additional year of income to cover the cost of a property when compared to the average male.

“Fortunately I’ve been able to purchase properties but there are so many females out there who struggle to get on the property ladder.

The gender pay gap is a significant mismatch that women are reminded of every time they receive their monthly payslip, and it stretches beyond the workplace into other areas of life.

Our purchasing power within the property market is certainly one of those areas, and the disparity in pay between men and women has a huge influence on what we are able to borrow. As a result, many women are priced out of homeownership unless they accept that the only path in achieving it is with a significant other.”

“The financial barrier to homeownership has grown significantly in recent times and it continues to do so, as aspirational buyers push for this coveted status in a market where stock levels are simply insufficient.

This struggle isn’t gender specific and for many, getting a foot on the ladder is only made possible with the help of a parent, or as a combined effort with a partner.

However, this shouldn’t detract from the fact that there is a huge gap when it comes to the individual purchasing power of both men and women and this comes as a direct consequence of the gender pay gap found across society.”

Average earnings sourced from the Office for National Statistics – Employee earnings in the UK: 2021Affordability ratio based on house prices divided by earnings. A ratio of five, for example, would mean five years of full gross earnings are required to cover the average cost of a home. 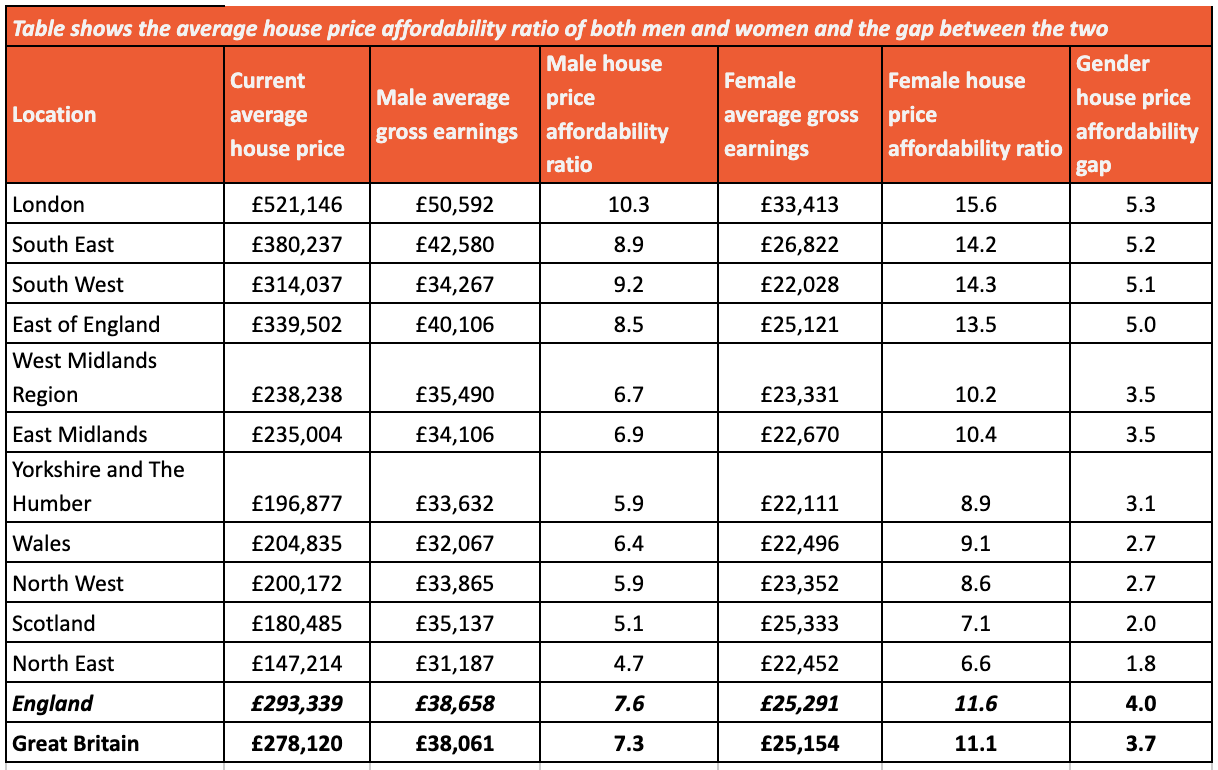 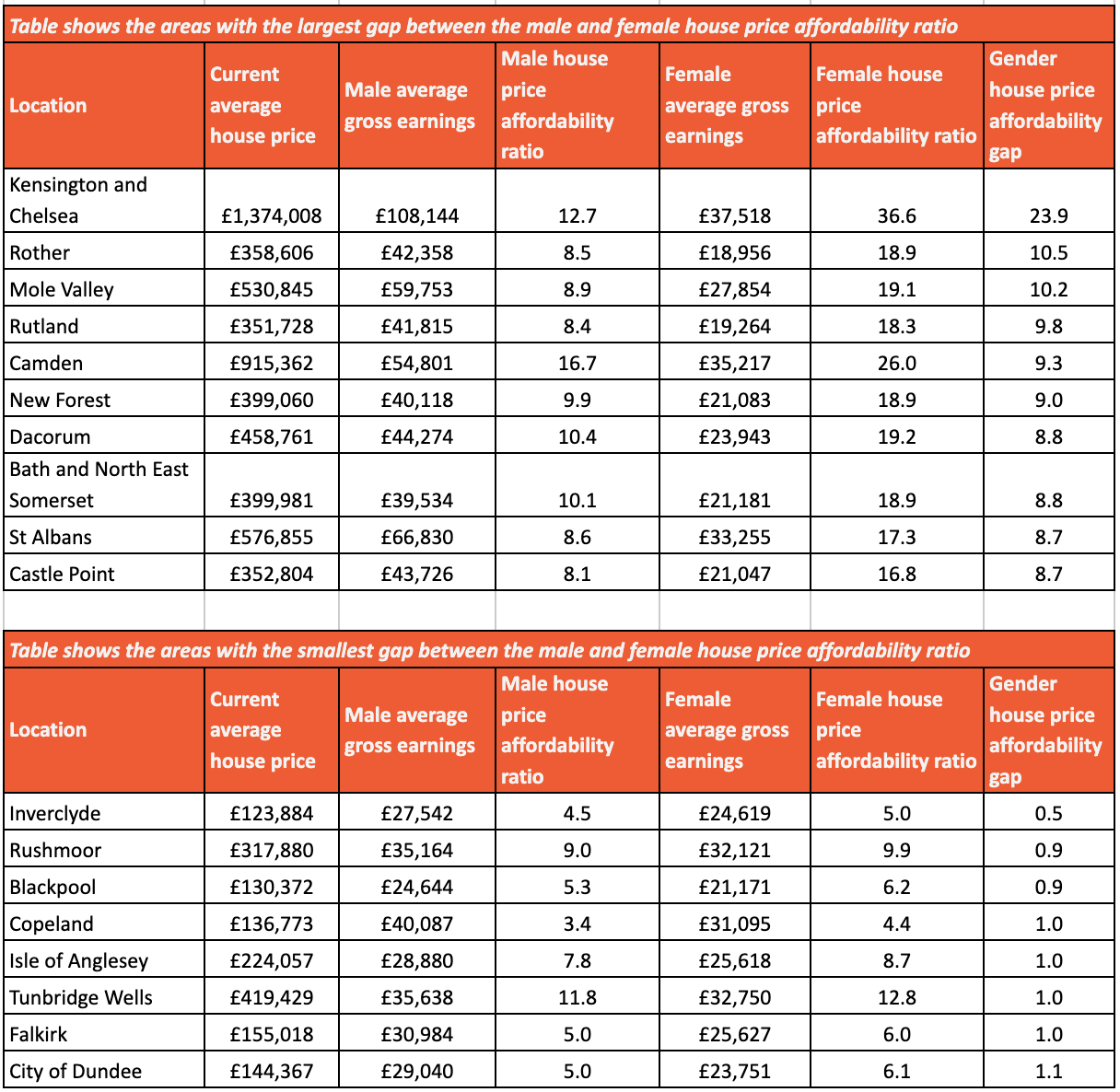 How could private equity investment affect Scottish businesses in the short to medium term?

Living ‘Housebuilder of the Year’ for third consecutive year

How could private equity investment affect Scottish businesses in the short to medium term?

by Iain Young, Corporate Partner, Morton Fraser THE NEXT few years present a strong opportunity for the private equity (PE)...

Living ‘Housebuilder of the Year’ for third consecutive year

LIVING by Robertson has won Housebuilder of the Year (under 100 units) for the third year in a row at...