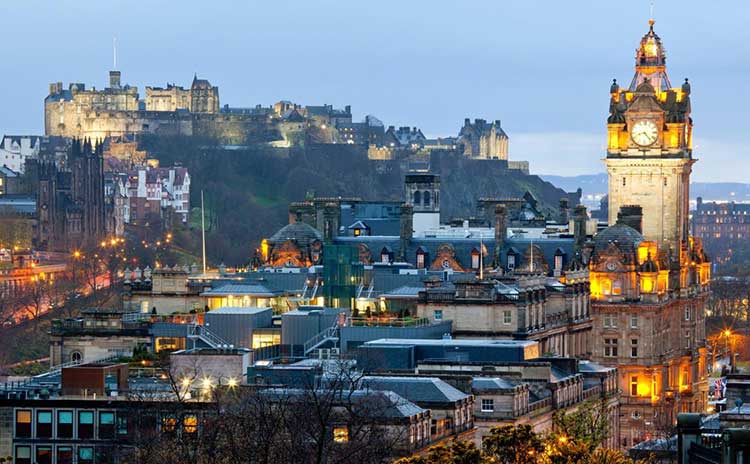 Scotland is becoming an ever increasing place where people are investing in property, and there’s no question as to why. Whereas once, people thought of Scotland maybe for the odd rainy weekend away, or a countryside drive up the highlands, nowadays Scotland has become the ideal place for young people starting out and families alike to invest in property. Not only does it have its own unique cuisine and infectious sense of humour, but some of the most beautiful landscapes and natural spectacles you’re likely to see. But what are the other reasons so many people are investing in Scottish property?

The Price of Housing

In comparison to the average price of housing in the UK, it turns out that buying a house in Scotland is actually a lot cheaper. Not only do you still have access to companies such as Ready Steady Sell so if your investment didn’t work out you could sell on quickly, but your investment will actually be a lot cheaper in the first place. The more you know!

Of course, as with investing in any properties, when you look online, you’re only likely to find the very initial cost, so remember to do your research further. That might sound like an obvious statement, but you’d be surprised at the amount of people who wouldn’t even think to look further! Sometimes if things seem too good to be true, they are.

The Population and the Space Available

When it comes to the size of Scotland, it could actually be considered as a big country, with it having 78,387 square kilometres of space. That’s actually impressive when you think about it.

Of course, there are the heavily populated areas in major cities such as Edinburgh and Glasgow, but did you know that as little as a short drive away from these busy city centres, you’re likely to find miles and miles of open and uncontaminated land – and that’s pretty rare nowadays. So much of Scotland’s beautiful countryside and highlands remains untouched, that you’re only ever a short distance away from clearing your head, walking in the countryside, and breathing in the freshest air available. Really, how many more places can you think of where you can live in the busy city, but escape to the untouched countryside with ease?

Not only are Scotland’s universities highly rated around the world, but for a lot of students it’s actually the only place that they’ll get free education. That’s right, for Scottish citizens and those from countries within the EU, university tuition in Scotland is either entirely free, or discounted majorly. The university fees in the UK are one of the leading contributors to people not furthering their education and going to university, but in Scotland they’ve taken this barrier away and enabled everybody who lives there to be entitled to their education for free. After all, doesn’t everyone deserve the same chances regardless of their financial situation? Scotland truly believes in this cause, which is amazing when you think about it.

Yes, of course the NHS is something that we (currently) have access to in the UK, and hopefully will for the foreseeable future and beyond, however there is no denying that the NHS system in the UK is under a massive strain, and has suffered for some time now. Because of the lower population number in Scotland, the NHS here is under a lot less strain than it currently is in the UK – plus the UK government don’t control it directly. Of course, we hope not to have to use the NHS frequently, but it’s something that we all have to consider, even if it is just for check-ups and antibiotics now and then. Being able to access the NHS system with more ease is undoubtedly part of the recipe for a better quality of life.

Last, but certainly not least, in a world full of depressing news, why wouldn’t we want to live in a place where the people are friendly? Well if you’re looking for friendly, look no further than Scotland. The Scottish people are renowned for their welcoming approach and their wicked sense of humour. Nowadays, we are often to disheartened by all of the negativity in the media, about people and the way they behave, and the way that our societies are going downhill. Well, Scotland goes completely against all of this, and is well known for having some of the friendliest inhabitants in the world.