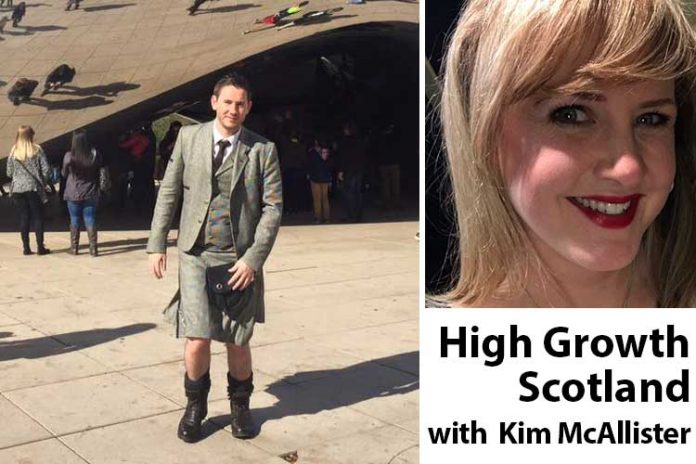 The image of Scotland abroad has always fascinated me, ever since I was little and met some local kids in the pool in Florida. They couldn’t believe how good my English was. They also genuinely thought I was from the future because there was a five hour time difference…

Now, living in a global village, I’m even more intrigued by what Scotland stands for.

When I heard Michael McCuish had moved from VisitScotland’s Consumer PR Manager for North America over to their PR Manager for Emerging Markets, I had to quiz him about it.

He was still riding the wave of the new Edinburgh to Dubai flight launch, for which he described “a palpable sense of excitement” in the Middle East. Encouraging – when you consider the route has operated twice daily from Glasgow for a number of years now.

“Edinburgh has this international reputation – and Dubai is the gateway for Australia and India,” he explained. Both of these countries are ‘emerging’ for VisitScotland – China has been promoted to Tier 1 and has a dedicated PR Manager now.

“The great thing about these markets is they come off-season and they’re very adventurous, so they travel within Scotland,” he explained.

Visitor numbers are increasing in nearly every area and while tourists still love the history and landscapes, the vibrancy of cultural events is driving growth.

“People come here for a unique experience,” Michael explained. “Businesses can capitalize on the opportunity by offering a really high standard of service. Many of the customers from the emerging markets look for accessibility, speed and the personal touch – they don’t want to wait. That can sometimes seem abrupt but it’s not rudeness, it’s important to understand that.”

Gifting is an important part of the service – Michael recommends something small, bespoke and high quality.

“A lot of the visitors from emerging markets are used to luxury, what they want is something they can only get in Scotland,” he said. “English is widely spoken across this sector of the market so what makes an impression is genuine Scottish hospitality.”

For a country so famous for whisky it owns the spelling, I was surprised to hear how much growth is driven by gin. Michael reported a huge surge in interest.

I asked if the weather puts people off.

“Well it was 42 degrees in Dubai, so I think it’s a relief when they come here!” he joked.

“Scotland is actually a photographer’s dream with the changing light – and we have the weather to thank for the fresh produce which is so well respected.”

Michael is working with representatives from Scottish Enterprise, the Scottish Government and Scottish Development International on the Brand Scotland project, led by Cat Leaver.

They’re keen to push the innovative side of Scotland and target millennials. In Australia that means reconnecting with new generations and building on traditional ties.

Michael clearly loves his job – “It’s like having a superpower, being Scottish abroad!” he joked.

After all, apparently I’m a time-traveller.

Loganair takes over services between Central Belt and East Midlands